I’m manning the sci4hels ship this week for question time. For question #5, we’ve decided to talk about whether science journalists have an extra obligation to educate compared to journalists who focus on other areas. We’ll be entertaining this topic on twitter at the hashtag #sci4hels on Thursday 5/9 at 1pm EST. I hope you’ll be able to join us, so, you know, I don’t end up talking to myself. 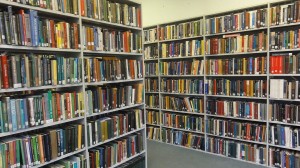 This question has me particularly excited, because for me it ties back to the larger questions of “why am I doing what I’m doing?” and even more importantly “what do I want to be doing?” Since I turned 25 two months ago I’ve been joking a lot about having a quarter-life crisis, but several things have gone on in my life recently that spurred me to take stock of just about everything, including my career.

I often grapple with questions about whether I can consider what I do journalism, whether I’m okay with not doing journalism, if what I even want is to be a journalist, and where those boundaries are – but those are questions for another discussion (and in fact are being tackled in some capacity by another panel at WCSJ13.) Still, it relates to whether or not education is or should be a part of science journalism.
If I do want to help educate the public about science, and if that is an important part of what I want to accomplish in my career does that mean I should be a science journalist? Why not be a teacher? (Oh, so many reasons.) I could work at a museum and educate the public. I could be a public information officer and help educate. I could be an outreach officer for any number of scientific organizations. If you want to educate, why do it through journalism?
There are a lot of questions related to this including: are there other aspects of being a journalist, specifically a science journalist that compliment being an educator? Does being an educator play a role in science journalism that it doesn’t for business or political writers? Writing scientific explainers is definitely journalism – but is it just one kind of journalism or is it something that pervades all science journalism? One of my favorite take-aways from Scio13 came out of the session on explanatory journalism where Carl Zimmer made the comment (which I’m paraphrasing) that good science journalism should never read like you are dropping a textbook on someone. I think that ties in well with this topic, because if you want to be an educator and you want to do it through journalism – well then how do you do that effectively?
While you could approach this question in a lot of different ways, I would really like to hear from people about whether being an educator was part of what made you want to become a science journalist, and what role you think education plays in your work. Bora has tackled this question before in the blog post/on Twitter with Is Education What Journalists Do? Again, I’ll be posting this question to Twitter on Thursday 5/9 at 1pm EST at the #sci4hels hashtag – I hope you’ll join in.Update 5/9:
So what happened? Here’s the storify recap – it was apparently both useful and not useful, but a lot of people had a lot to say, so thank you for participating everyone!