Science For Six-Year-Olds (SFSYO for this school year) is a recurring segment on Science Decoded for Mrs. Podolak’s first grade class at Lincoln-Hubbard elementary school. This year the posts are inspired by #iamscience (also a Tumblr) and #realwomenofscience two hashtags on twitter that drove home for me the importance of teaching people who scientists are and what they really do.

Hello first graders! Happy New Year! I’m so excited to start 2013 with our January scientist of the month. This month we have Dr. Pete Etchells, a psychologist. Like I did with our other scientists I asked Pete some questions to find out more about what he does. I hope you will enjoy learning more about him. Below you can read our interview, and if you’d like to ask him any questions, be sure to leave them in the comments!

Pete: I’m a psychologist, which means that I’m interested in how the human mind works. More specifically, I’m a biological psychologist, which is a broad area of psychology that uses biology to understand human behavior. My research covers all sorts of things – from how we make eye movements when looking at things that are moving, to how people perceive the way others walk, or how video games might influence our behavior when we’re growing up.

Erin: What did you study in school and where did you attend?

Pete: I studied for all three of my degrees at the University of Bristol in the southwest of the United Kingdom. My undergraduate degree was in Experimental Psychology, and I loved it so much that I stayed in the same department for a Master’s in Research Methods and then a PhD in Psychology. All together, I spent seven years in University!

Erin: Where do you work, and what does a typical day at work entail? 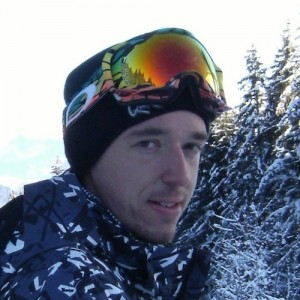 Pete: I’m actually about to start a new job as an assistant professor at Bath Spa University, but I’ve been doing a bit of teaching there since September. My main job for the past two years has been as a research assistant at Bristol University. I’ve been working on a really cool project looking at why certain types of walking movements might be seen as attractive by others, and whether or not parts of someone’s personality can be seen in the way that they walk. For example, if I rate myself on a questionnaire as being a really anxious person, if I showed someone a video of me walking along, would they similar think that I looked anxious? It’s a really big project, so an average day might involve collecting data from participants in the morning – I work in a motion capture lab, which is the sort of technology that they used when filming movies like Avatar! Testing someone takes about 3 hours, and after that we have a lot of video, motion capture and questionnaire data that we need to collect together and tidy up, so I’ll probably be in my office doing that at my computer. Two days a week, I teach classes at Bath Spa University on Biological Psychology, so I’ll head over there in the daytime to give the class, and then rush back to Bristol to finish off my work for the day. It’s pretty hectic!

Pete: The best part of my job is that it’s so varied – some days I might be in a dark lab running experiments, while other days I might be in a coffee shop working on a paper. It means that I don’t get stuck doing one thing for too long, which I think would make me bored. Also, I love teaching – I love giving classes on how the brain works, because it’s such a huge and fascinating subject that’s relevant to everyone listening.

Erin: What is something about your job that might surprise us?

Pete: Lots of people think of scientists as stuffy old men in white coats who never leave their labs. One thing that you might find surprising (apart from the fact that we don’t look like that!) is that we get to go all over the world to talk about our work. Every year, we have conferences where scientists in a specific area get together and tell each other about what they’ve been researching over the past year. Since I started my PhD, I’ve been lucky enough to go to Naples in Florida, Albuquerque, Philadelphia, Montpellier in France, Laussanne in Switzerland, Holland, and lots of other exciting places! In 2014 I’m hoping to go to a conference in Brazil, which would be brilliant because I’ve never been.

Erin: What are some of your favorite things to do for fun?

Pete: I’m a gamer, so I play lots of video games in my spare time – Halo, Professor Layton, World of Warcraft, all sorts of things! I also play guitar to relax and unwind. I also have two lovely little kittens called Louis and Molly, who spend a lot of time causing trouble that I have to clean up afterwards.
***
What do you think first graders? I think Dr. Pete has a really interesting job. Is there anything you’d like to ask him about his research or being a scientist? Be sure to leave any questions in the comments!

For my adult readers you can catch Pete on twitter @DrPeteEtchells, and if you are interested in being a scientist of the month feel free to DM me @erinpodolak. Thanks so much for volunteering Pete!