I am a baby chicken. Not literally of course, but figuratively speaking I am a little chick of a science writer. Fledgling, if you will. Continuing with this analogy, I recently left my incubator in the journalism school at the University of Wisconsin-Madison and am now out in the world looking for work as a journalist. It is tough out here for a baby chicken, and any clips and exposure you can get have tremendous value. This is why I think it is downright wonderful that Scientific American has a blog in their network dedicated to new and young science writers.

Borrowing from the blog’s about description, the SA Incubator is, “a place where we explore and highlight the work of new and young science writers and journalists, especially those who are current or recent students in specialized science, health, and environmental reporting programs in schools of journalism.” 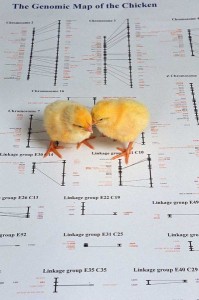 On the SA Incubator you can find profiles of new and young science writers, links to interesting work from these science writers (and others) chosen by the blog’s editors, profiles of student run science publications, and other assorted posts on topics of interest to writers who are just getting started.