Ok, so earlier this week I questioned what made the study on cricket testicles news, and now here I am again questioning why a scientific find is in the news, courtesy of the BBC.

Mystery of how cats lap is revealed by Rebecca Morelle is really stretching it in my opinion. I can understand how you might observe a cat lapping up water and be curious about how they do it so well, but I really don’t see why this is breaking news. Perhaps it is a slow day for science? 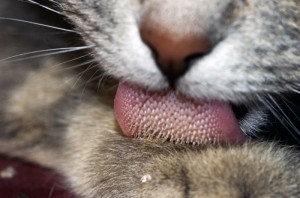 When did the biggest scientific discoveries become cricket balls and cat tongues? Can’t we do better than that? Aren’t we? We spend millions of dollars on research, how are these the best stories out there (and I assume these must have been best as they led the BBC’s science coverage on the days they each ran)?

I am going to go out on a limb and say that stories like this are caused by the need to publish something (ANYTHING) quickly. With the internet it is shifting from the quality of a story to the number of stories that you can produce. I think its sad that the best the BBC is putting out is high speed video of a cat drinking as their science news. This isn’t going to entice readers to start giving a damn about science.

We can’t just cover every single scientific finding. As journalists it is our job to determine what stories are the most interesting, to track down obscure threads and follow them until you get a story that no one else has, and to inform the public about the scientific findings that they need to know about. I think there are very few people out there that would say they really needed to know about cricket testicles and cat tongues.

Seeing stories like this makes me want to change the journalistic system. I don’t blame the writer, she wrote the story she was assigned. I blame the fact that no one is willing to spend the money on investigative, in depth reporting anymore. Give reporters the resources, and we’ll deliver the goods. Without the support journalists need to get the good stories, you’re gonna get cricket balls.